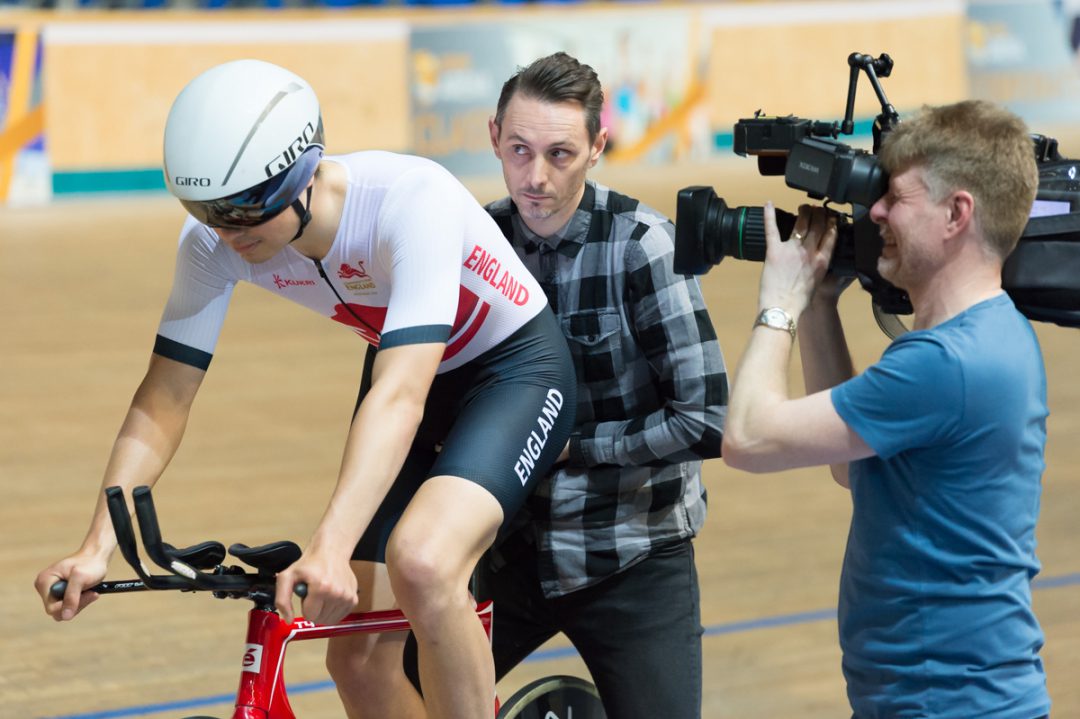 It wasn’t that long ago that Charlie Tanfield was known only to his friends, family and the Vitfor coaching team. Now that Charlie is a Commonwealth Gold Individual Pursuit medallist, he’s the talk of the town!

Before joining the pre-ranks, Charlie and his brother Harry were trained by Vitfor Performance Director, Craig Stevenson, for over four years and right from the outset there was no doubting their potential and drive to do things differently.

Making it to the top of the sport outside of the team GB system is no mean feat, but Charlie has been audacious in the goals he’s set himself. We first caught up with him in 2018 as a Team KGF rider.

“I’m really proud of the progress that the team has made. This season has been great and we’ve kept seeing improvements.

“I remember at our first Worlds that the other teams were staring at us like ‘who are these choppers!’. But we rocked up onto the track and put in world record splits for a few laps and the Italians were like ‘woah!’. That was the point when the other teams started to take notice.”

The ‘we’ that Charlie refers to is the self-funded KGF team, funded by student loans and full-time jobs! Charlie and teammates Dan Bigham, Jonny Wale and Jack Tipper, caused upset at the 2017 HSBC UK British National Track Cycling Championships taking three golds and a silver.

People really started to take notice of Charlie when he won the World Cup in Minsk in January 2018, putting in the fourth fastest time in history – the second fastest set by a Brit after Chris Boardman. This performance alone was enough to ensure that he rode in the World Championships in Apeldoorn.

The somewhat disparate team of Ed Clancy, a stalwart man one, former GB sprinter Kian Emadi, 19-year-old Academy rider Ethan Hayter and Charlie who wasn’t even on any British Cycling programme, proved to be unbeatable and Charlie came away from the Championships with a coveted Rainbow Jersey.

“I thought winning a World Cup in Minsk was outrageous, so to come here and win a world champs it’s hard to believe what we’ve achieved. I’m gobsmacked!” said Charlie, speaking of his fairy tale come true performance.

Winning in the World’s with the team was one thing but taking it to the next level with Commonwealth Gold in the Individual Pursuit was quite another. He broke the Commonwealth Games record in a blistering qualifying round, putting in a time of 4:11:455 and the third-fastest time ever in the sport and beat Scottish rider John Archibald in the final.

Before making the trip to Australia, Charlie and Craig had one last review session at the Derby Velodrome.

“Today was mainly about getting Charlie’s mind and body settled before the Commonwealth Games begin. It’s been a pretty intense season since October so it’s important that he can get really focused,” says Craig.

When asked what he was looking for in a coach, Charlie explained “every athlete is different. I’m very laid back and I need a coach who’s able to recognise that. Craig does, and he’s facilitated my training in the way I want to do things and that’s given me the confidence in him.”

Gold medals aside, 2018 was always about development for Charlie. “It’s my last year under 23 and I want to get some good results on the road as well as on the track. My ultimate goal is the 2020 Olympics,” says Charlie.

“When Charlie gets back from Australia, he’ll enjoy a well-earned rest and then it’s back into the lab to review where we’re at. When it comes to training, long term goals are great to work towards, but our focus will be on what’s in front of us for the next six months.”

One thought on “No-chopper Charlie”