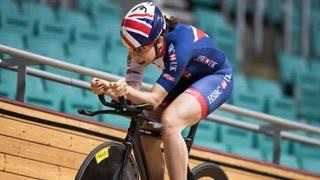 A future champion in the making

Danni Khan was the first athlete to be accepted onto Vitfor’s Future Champions project for young riders. As a highly competitive athlete both on the track and road, she has already competed at National and World level and is determined to make it onto the professional women’s world tour team. Here, she shares her induction with Vitfor Performance Director & CEO, Craig Stevenson.

“I started working with Craig from October 2018 when I travelled to the OTE Performance Centre in Leeds for a full and thorough physiological testing process. This included a V02 Max test (something I have never had the chance to do before despite being on the National GB Track programme for 5 years) along with a full physiological report to establish my base measure levels and full body compositional analysis.”

“I learnt so much about myself, something which I felt was crucial at this stage of my career. Coming from a sprint background on the GB track sprint program and GB short track speed skating program, this testing was necessary to establish basic fitness levels that would help direct my transition into endurance sport.”

“Craig explained everything thoroughly with regards to the test results and I was hugely excited to start working with him and the team. I was so happy when I was accepted onto the program as this meant I could focus totally on training and recovering full time in order to reach the goals we have planned out over the coming season. To be able to focus at this level and have a world class support network behind you is crucial and something I am super thankful!”

“I received my first training program at the beginning of October and was very fortunate to have spent the first 5 weeks training in Majorca. I stuck to the training program which included lots of road and gym sessions (following a separate strength screening in early October).”

“After just 10 weeks of following the plan I felt like a completely different rider seeing some great improvements both on the bike and in the gym, something I could never have imagined from our initial meeting. I can’t wait to keep developing the sessions and my fitness and take it into elite level racing, something I could have never have done without this level of support.”

“Craig is brilliant to work with…full of experience and has an abundance of knowledge in all aspects of what it takes to make a world class rider. Here’s to a great 2019 of training and racing!”