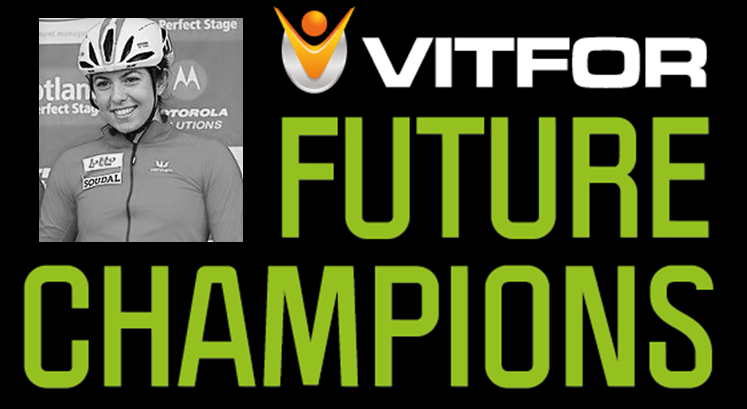 From the moment she first heard of Vitfor’s Future Champions project, Danni Khan knew this could be the key to getting the expert coaching and training she would need if she were to make it to pro level.

After being accepted onto the program, Danni first met with Craig Stevenson, Vitfor’s Performance Coach and the driving force behind the Future Champions project, in October 2018. Together they agreed a clear plan which would involve developing her experience and abilities as an endurance road cyclist.

“After the initial lab test, I implemented the training program that Craig set for me over the winter period. The program was tailored to accommodate my first season of racing on the road which involved a handful of national-level one-day races including the National Road Race Championships,” says Danni.

“Our expectations were realistic in terms of potential results, but, as the early part of the season got underway, coupled with the training blocks I had, I began to feel more comfortable and very quickly was racing at National level. This culminated in a top 8 finish in July 2019 at the Stockton GP (National Road Series Race).”

As a Future Champion rider, Danni could expect to be working with Craig for at least a year and the post-July plan was to build on the successes of the first half of the year. Neither had banked on a call from a pro-team coming so soon, but whilst on her mid-season break, Lotto-Soudal Women’s Professional team offered Danni a place on their team for the remainder of the 2019 / 2020 season.

“I signed contracts last week and within one week I raced my first Women’s World tour race in London. It’s fair to say that the nature of the race and the timing gave me little to no preparation but the experience I gained was invaluable in terms of being part of a world class set up.”

“None of this would have been possible without the support of Craig and Vitfor’s Future Champions project. The training and support I’ve received really has been world-class. From the initial lab test to my latest race, I feel like a different rider; my fitness level and the ability to cope with the demands of training and racing have evolved way beyond my expectations.”

Craig Stevenson added, “It’s testament to Danni’s determination and commitment that she has been signed for a pro-team so soon on her journey. The Vitfor team wishes her all the very best and we look forward to seeing our Future Champion in action.”

Vitfor Future Champions Project provides world class coaching to support up-and-coming cyclists in their quest to be the best. With access to a team of specialists, testing and coaching you’ll be in the hands of the expert team that helped propel the Tanfield brothers to international success. To apply for the 2020 season, send your cycling CV to craig@vitfor.com