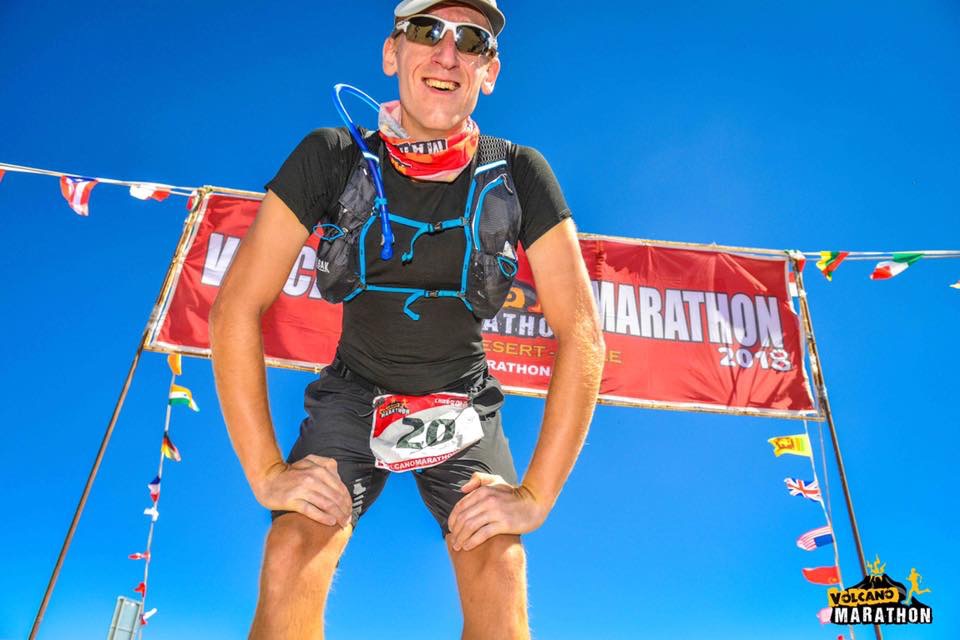 When Matt Gibson realised that he needed to get in shape, little could he know where it would lead five years later. Now, after countless marathons, ultra-marathons, triathlons, epic bike rides and even a World Record or two, Matt reflects on his five journey.

“It all started in 2014 when I realised that I was living a very sedentary lifestyle and spending too many hours working. It took its toll on my health and I put on a lot of weight. I realised I needed to make some changes just as a friend asked if I wanted to join a cycling club.”

Through the club, Matt met a group of people who ran marathons and did Ironman triathlons. Inspired to see what he was capable of, he signed up for his first marathon in early 2015, never really believing he had the ability to run that far.

“I ran my first 5k in January 2015, then crossed the marathon finish line 4 months later. In that same year I did my first long distance bike sportive with the club, coast to coast in a day, and after that I was hooked on endurance events.”

In 2016, Matt learnt how to swim, then six months later finished the world’s toughest Ironman event. In the same 12 month period he also completed the world’s hardest footrace, the Marathon des Sables, a 156 mile run across the Sahara desert. And just for fun, he and a group of people he’d shared a tent with, later set the World Record for the fastest marathon in a five person costume!

We’re used to seeing athletes who love the endurance event, but Matt seemed to have caught the bug more than most. Having initially approached Vitfor Performance Director, Craig Stevenson for swim coaching, he was soon back for a structured training program ahead of one of his more surprising challenges.

Matt and Team Vitfor athlete, Amy Souter, had decided that 2018 would be the year they attempted the world record for cycling the length of South America on a tandem bike.

“Although I’d trained for previous events, I’d never done it in a structured way. I had no idea about speed or interval work, I’d simply trained a couple of times a week at a pace which felt comfortable, gradually increasing distances. I realised that if I wanted to cycle 11,000km in 50 days I’d really need some expert coaching.”

“Over the next 12 months, Craig created a custom training program which saw my fitness, endurance and speed increase significantly. Whereas after the coast to coast I’d felt exhausted for a few days afterwards, with Craig’s coaching I was able to ride long (170 mile) training sessions and feel fine the next day.”

“In the lead up to South America I did a weekend adventure where I ran up the three peaks (Snowdon, Scafell Pike and Ben Nevis) while cycling 420 between them, solo and unsupported. I also cycled 270 miles on my own from London to Paris non-stop, then a day later rode an Alp stage of the Tour de France.”

Although Matt and Amy’s South America adventure didn’t quite go to plan, they still covered 4,000km in just over three weeks through some gruelling terrain and weather.

Matt didn’t stop there though and set himself some punishing goals for 2019. “Craig has now learnt just how much I like to push myself, but even he was a bit taken aback when I told him what I had planned.”

In 2019, Matt ran 14 marathons and 12 ultra-marathons. He set a half-marathon world record, ran his first 100 mile ultra and ended the year by completing his 50th marathon.

“I could never have imagined that in the space of four years I’d go from struggling to cycle 10 miles and being out of breath trying to run a mile, to achieving the things I’ve done. Training with Craig works for me as he’ll take on board the challenges I’m trying to accomplish and will create a program that will push me to develop, to become stronger and faster, but at the same time give me the space to recover from events so I’m not over-trained or become injured.”

“For anyone starting 2020 like I was five years ago, I would say never mind the Couch to 5k, how about Couch to 5,000k! Although at times the challenges, training and effort required can be daunting, I’ve had the privilege to travel to some incredible parts of the world, compete in unique races I’d never heard of, such as running a marathon around a dormant volcano in the Atacama desert, 15,000ft above sea level, and making some truly special friendships.”

There’s never a dull moment for Matt. In 2020 he plans to swim the length of Lake Windermere. He may also make a couple more World Record attempts along the way!

If you’re inspired by Matt’s story and want to discover your potential in endurance sports, then Vitfor can help. Tell us your greatest ambition and we’ll get you set on the right path.