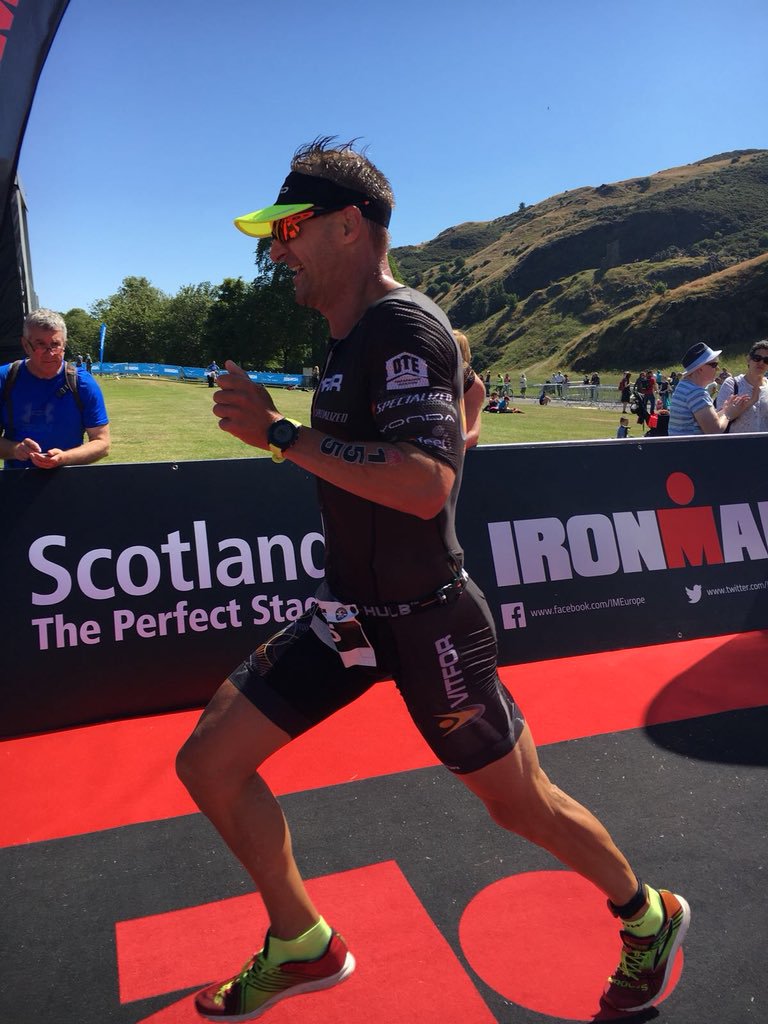 Every now and again, you meet someone whose story is so compelling that you can’t help but be captivated. Clive Kennedy-Burn is one such person. This double European and World Ironman 70.3 Champion has gone from from Elite Oarsman at Leander Club to the top of his adopted sport in a matter of just a few years and has quite the story to tell.

We first caught up with Vitfor OTW athlete, Clive, after returning from his first World Championship success in Chattanooga, Tennessee. I had the opportunity to sit down with Clive and his coach, Vitfor Founder, Craig Stevenson, to understand more about the scale of his achievement.

Clive’s frame practically fills the room as he arrives; you immediately understand why this hulk of a man chose the Marines and then rowing early in his career. Having rowed at elite level for over 10 years and competed for England on numerous occasions, Clive was ready for a new chapter in his sporting life.

A chance encounter with triathlon during a Club La Santa holiday was enough to pique his interest and to give Clive something new to focus on. Initially successful in the events he entered, we fast-forward to 2016 when he’s starting to face stiffer competition and finds himself beaten by an athlete trained by our own Craig Stevenson.

Quitting rowing left a physical void that Clive found hard to fill and he was still training with a rower’s mindset. Meeting Craig at the 2016 Cycle Show, Clive was impressed with his scientific approach to training and felt confident enough to put his desires to compete in triathlon in Craig’s hands.

“This guy was doing 30 hours a week training when I first met him,” says Craig. “He had a good threshold and was efficient in the mid zone, but he had no economy as he was constantly over-training at the top end. In that way, Clive’s base as an athlete always meant he had the edge over lesser competition, but he was never going to get the improvement he needed to make it big.”

This realisation was the start of a cat and mouse game as Craig sought to pull Clive back to just 12 hours a week of training. “I was so worried,” says Clive. “I suddenly had too much time on my hands. I was sneaking extra sessions into my training plan purely out of habit.” A fact that Craig cottoned onto early in the process and so cutting back on his training even further!

“It’s about quality first,” says Craig. “Sure, Clive could sit in the saddle and grind it out or pound the tarmac, but we had to focus on the quality first before we could build in the volume.”

This was the renewed focus that Clive needed and within just 9 months, Clive went from being a good middle distance triathlete to winning the IRONMAN 70.3 European Championship in his age group. And 3 months after that, he made his bid to become World Champion.

“Race day in Chattanooga Tennessee and it was hot, man!” says Clive. “So, I’m ready for the ITU platform start to the swim and I hear someone say ‘you’ve got to really commit to it’ which got me worried about my dive but I still posted a good time against the current.”

“The organisation at the World Championships is immense and there were teams of volunteers stripping the competitors and getting us through the vast transition area.”

“Now I’m on the bike”, says Clive “and this is my ace. I remember Craig telling me not to toast the first hill. I totally toasted the first hill!”

As he describes the ride, locking on and chasing down those ahead of him, I get the sense that Clive rides with his heart with little time for the voices in his head, passing at least 1,000 people who had started in the waves ahead of him.

“The heat was starting to melt the tarmac and I was making a grab for any kind of liquid to pour over my head. Big mistake! Turned out it was cola and pretty soon the sugar was crystallising on my eyelashes.”

“I went into the run at just before 1pm so, ridiculously hot. A guy I know shouts ‘Clive – five minutes’, but I don’t know what that means. Am I five minutes ahead or do I have five minutes to make up? 8 to 12 miles is the twilight zone for me and I start to do the numbers in my head. My watch is beeping at me but not making any sense and I get a cramp on one of the down hills. I’m at 3 miles to go and I’ve got one caffeine gel left which gives me some focus.”

“Finally, I see the red mat and sprint like a crazy man. Then, I’m thinking ‘that’s it’ but I don’t know how I’ve done until the guy at the timing desk looks up at me and says ‘Congratulations, man. You’re a World Champion!'”

It didn’t really sink in for Clive until the award ceremony when Dave Scott and Mark Allan presented the trophy. And already you get the sense that he’s focused on the next challenge. “I haven’t yet raced to my full potential and I want to be European and World Champion again next year. Once you start winning, you don’t want to go back.”

When we meet, Clive had already spent the previous day with Craig and with Vitfor Strength & Conditioning expert, Byron Spence. “Clive has a few niggles,” says Craig “and his run is being affected by what’s coming out in the cycling. His strength and conditioning programme will sit alongside the training programme to ensure we get the next few percent out of his performance.”

This desire to get straight back to the lab, test and review is testament to Clive’s focused approach to his training. “You have to live and breathe it, or you won’t be any good at it. But ultimately, talent needs trauma, and having a new goal gets me grounded and refocused for what’s possible!”

Clive is coached by Vitfor’s Craig Stevenson with strength and conditioning expertise provided by Byron Spence.

With thanks to IRONMAN for their images.

One thought on “Talent needs trauma”